What Brands can learn from PewDiePie 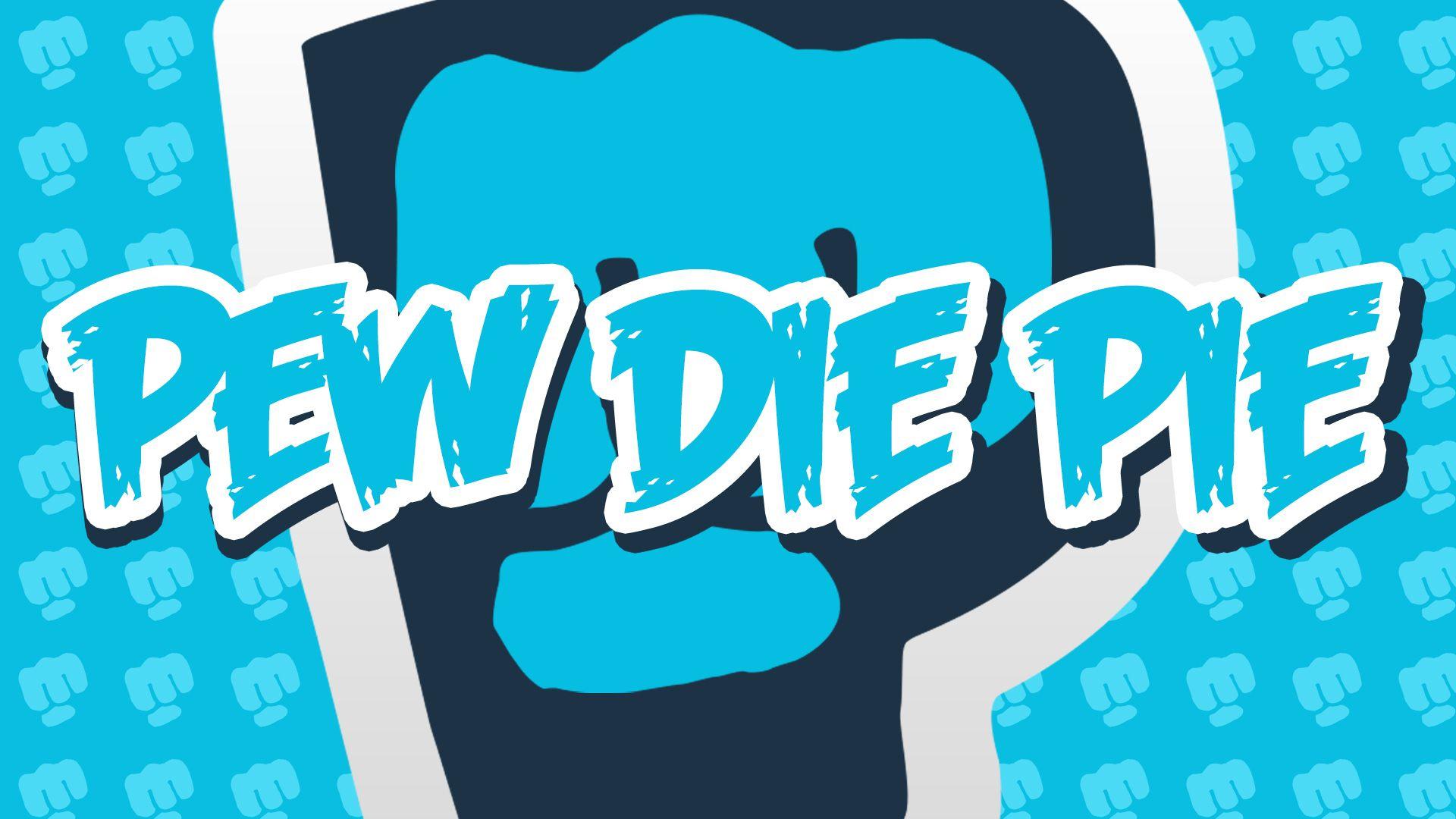 Felix Kjellberg, the Swedish YouTuber known online as PewDiePie, currently holds the title of the most-subscribed YouTuber with a staggering 99.7 Million subscriber count, as of the time of writing, and a cumulative 22.9 Billion Views on his 3900+ videos, since he started making them in 2010.

While much can and has already been said about the illustrious career of the iconic YouTuber, brands plus the creative minds behind them should consider taking pointers by studying such a journey as a case-in-point for the evolving atmosphere of social media and with it, the essential adaptation of brand identities.

After all, with a billion hours of YouTube being watched every day, one must understand why consumers gravitate naturally towards such creators.

Here are the lessons to be learnt from this phenomenon.

Honing in on your USPs (Unique Selling Points)

Though there are 1.3 Billion YouTube accounts in 2019 and all of them could potentially be creators—considering the barriers to entry are negligible—, there are a multitude of reasons that only a number in the thousands actually make it to a level of engagement and recurring sponsorships so that the platform becomes their primary mode of income.

In most cases, this is generally due to a lack of relatability, poor content or brand dilution whereby desperation leads to users or brands stepping into one too many battlefronts and losing on all of them when the viewers sense and see through this distressed act, switching to a channel with relatable content such as PewDiePie’s.

This absolutely does not mean that there is one specific playbook for channels to follow en route to stardom, it is more appropriately known as an art of persuasion.

What brands can learn from this is not to have your employees acting in product testimonials or cliché promotional videos but rather finding your inimitable voice and have ambassadors (internal or external) use it to further your message across all platform: humorous, professional, rugged, chic or a combination of all of them is what might work for you but find out what makes the brand stand out and try to never let go of it.

Knowing your platform — and its algorithm

Considering his massive social media presence and monetization is grounded in the PewDiePie YouTube channel, Felix has remained true to his origins of a single-camera setup talking directly to his followers in an indoor, intimate setting for a medium-long duration.

Considering 70% of YouTube’s views come from mobile devices, this proves to be the ultimate format for connecting with the viewers on a personal level and keeping them engaged for such periods of time.

This will not be optimal for all social media platforms and is readily apparent in the failed methodology of single-piece communication aka cross-posting whereby the same piece of content such as a costly DVC and a generic caption is plastered onto all major platforms at the same time, inconsiderate of each platform’s unique audience and their corresponding viewing characteristics.

This ironically results in inconsistency in response to the said promo piece as keen users who follow brands on all platforms will see the same ‘stale’ and repetitive message over and OVER again.

The bright and contrast-popping image that brands post on Instagram with a dozen different hashtags alongside a very brief or no caption wont track as well when you post it on Facebook or even worse, share it from within your Instagram profile and you will be displaying the Instagram tag next to the post’s date, creating the appearance of a lazy social media approach to the eyes of a discerning consumer.

In a time where platforms such as Facebook Ads are pushing up customer acquisition costs, your brand can not afford to alienate existing customers; Keep it Fresh!

The key to keeping any group of people loyal to the cause is to keep them engaged and although certain large brands or even YouTubers refrain from doing so due to the sheer amount of labor and exposure it opens the up to, it is vital to still maintain the individual engagement on any level.

What we see with PewDiePie is not a commitment to respond to all 99 Million of his subscribers but rather posting videos such as “Fridays With PewDiePie” or Q&A sessions in which he addresses the various subjects relating to his main demographic of 18-24 year old’s.

In doing so, he is answering any relevant community questions in the process of doing so, providing insight and a level of bonding that isn’t obtainable through means other than responding to an individual account’s comment(s) directly.

Another form of engagement is via the medium of user-created content where the user base does the work for brands and users such as PewDiePie in exchange for appreciation, publication or both in the format of PewDiePie’s ‘Meme Review’. This involves him simply appreciating the creativity—or lack thereof—in his fanbase’ creations.

This is also partly why we see a rise in the engagement of polls on Facebook & Instagram as even evoking an opinion in the customer’s mind, which makes them and their judgments feel valued, makes them much more likely to interact with the page.

We certainly see brands making a rudimentary effort towards mending this situation on platforms such as Facebook Messenger by sending a brief, boilerplate bot response but the simplicity of these antagonize the customer in certain cases as the bot’s responses are completely contradictory to their questions and concerns.

The solution to this is one that SocialBu specializes in: to tailor the given responses to a variety of possible/frequent customer concerns and queries, allowing customer retention and instant satisfaction without the risk of repercussions of a delayed response or the cost of one.

While PewDiePie has never been known exclusively for wholesome content suitable for all audiences; he has been the center of quite several controversies in the past 3 years alone.

The most notable ones including the usage of the N-Word during a livestream and the other being the hiring of Indian Freelancers to film a video showcasing an inflammatory Anti-Semitic signboard.

While his apologies for such actions came immediately following valid public outcry, he still lost key partnerships with YouTube and other studios.

Remember the quote: “An ounce of prevention is worth a pound of cure.”?

It holds true especially in such cases whereby the creators of digital content begin to work with complete autonomy in silos of their own creation and gradually lower their sense of censorship and sensibilities, believing their following will not care for such minor issues due to their pure charisma.

This could not be farther from the truth in the year 2019, the era of political correctness, as the slightest appearance of even implicit offense will make brands a target of the #Cancel movement, striking the dormant flames of activists simply looking for such a cause for which to raise their voices and boycott your brand.

This is when brands reminisce on the possibility of prevention: input from colleagues is never ill-advised!

Instead of justifying his actions by classifying them simply as ‘locker room talk’—as did the incumbent USA President—Felix only called himself and his actions out for what they were: ‘inconsiderate and stupid’.

This serves as a guidance to brands for firstly attempting to prevent any such political incorrectness via collective input and if it is now on the Internet and hence out there forever, apologize.

Apologize immediately, unequivocally and categorically. Only then does your brand stand a chance of surviving the tweet fires of the seldom-forgiving Internet culture today.

In the case of PewDiePie, we notice 2 types of consistencies: consistency in frequency and message.

For years, PewDiePie’s videos were inconsistent and reliant on his sporadic gaming schedule but once he gained a certain amount of traction and subscribers, a production team proficient in writing and editing began to help him to achieve the goal of daily uploads on the channel.

A relevant key insight lies in the trend of the YouTube algorithm favoring creators uploading frequent, regular content with durations of over 10 minutes for placement on the Trending Page and monetization (CPM).

Since starting his channel in 2010, Felix’s humor and topics for discussion have been peculiarly specific and consistent with his upbringing in Sweden, slipping in Svensk phrases mid-conversations with an undertone of irony and subtle discrimination.

Nevertheless, those who ‘get’ it are the ones who relate and have consistently shared the videos, bought the merchandise and are the ones who respond eagerly to his challenges of creating content only to capture his valuable attention.

At the core, consistent humor and messaging is what draws loyal users to interact with the channel 9 years later and do the marketing for PewDiePie themselves.

This is the brand loyalty companies should aspire to cultivate within their userbase for creating an organic, self-sustaining following.

The key reasons due to which PewDiePie has been able to sustain such a level of success are his self-awareness, resilience and perseverance in the face of adversity to maintain his authentic voice and thus not only maintain but grow his following exponentially.

Brands can learn to emulate such features in their messaging and harness the unique aspects of each social media platforms to effectively engage their audience and hope to also create such a loyal following for themselves.

Are there any lessons you think we missed? Let us know.